If you’re looking for The Ordinary Buffet reviews, look no further. We have reviews by the moderators from the Deciem Chat Room and also from the Deciem Addicts who are the people who have bought, tried and tested the product.

What Is The Ordinary Buffet & What Does It Do?

The easiest way to describe The Ordinary Buffet is a concoction of ingredients which fight multiple signs of ageing. It reduces fine lines & wrinkles, hydrates, fades dark spots, brightens, firms and smoothens the texture of the skin.

It’s one of the most popular water-based serums which people start using when they first hear about The Ordinary. It’s a great all-round product to use for all skin types, although there are some conflicts which you can read about further down. For more in-depth information about this product including ingredients, please consult the Deciem website.

Deciem’s easy explanation of The Ordinary Buffet. If you’re not too sure which peptide to go for, “Buffet” is an excellent choice to begin with. It features a comprehensive array of complex technologies within a single serum to target various visible signs of ageing all at once (such as static or dynamic lines and wrinkles, sagging and loss of elasticity). ⁣

How & When Do I Use Buffet?

The Ordinary Buffet is a water-based solution and can be used in the morning and in the evening. Start with cleansed skin and use a couple of drops over the entire face. It’s a water-based solution so this will be the first or one of the first layers of your skincare routine. There are products that conflict (read below) so you might find you can only use this once a day.

Which products conflict with Buffet?

This is Deciem´s response to mixing Peptides and Acids.

Our rule against combining strong antioxidants only applies to our products containing copper peptides. We would not recommend combining direct acids with peptides due to the susceptibility of peptides to hydrolysis (which breaks the bonds between peptides, reducing their efficacy and making them into individual amino acids). At low pH, the peptides undergo processes such as deamidation (the removal of an amide group) and oxidation, which compromise the activity of the peptides.

Having said that, if you have previously combined peptides with acids and have not experienced any negative side effects or discoloration, you may continue to combine the two products as so as the combination does not pose any potential harm. Our recommendations are meant to serve as a preventative measure to avoid any incompatibility between those combinations and also because skin tolerance in subjective.

Which products can I use with The Ordinary Buffet?

Find all the products under these categories here

Can I use Buffet if I’m pregnant or breastfeeding?

Buffet is fine to use. Avoid skincare products that may contain retinoids when pregnant or breastfeeding and always check with your consultant.

Quite a few people believe that their facial hair growth has increased with this product, however, 75% of Deciem Addicts on Instagram say they didn’t experience this. For some, it’s a positive result and have found it beneficial for their eyebrows and lashes.

Deciem says “Buffet contains PEG-40 Hydrogenated Castor Oil which functions as a solubilizer and does not cause hair growth.”

Let’s hear what some of the moderators of the Deciem Chat Room have to say about The Ordinary Buffet.

Rachel Buffet was the first product I tried from The Ordinary and found it worked so well on my fine lines…especially on my forehead!!

Buffet Reviews by the Deciem Addicts

Some of the positive reviews about Buffet

You can read more reviews, comments or leave your own review on The Ordinary Buffet here. (This link will take you to the Facebook Group).

TEF says: I give it a 4/5 only because Buffet+Copper is available. I love that Buffet supports hydration, is easy to slowly add into a basic routine, diminishes lines and wrinkles, and helps with texture irregularities. My skin has never been this plump, smooth, and healthy before starting this. I dislike that so many have given Buffet a bad name by saying it promotes hair growth; the hair on my face did increase for a short time but when I asked my esthetician about it she advised it was just because of all of the peptides. After a few months it stopped and I miss my fuller eye brows. I would advise others to introduce Buffet slowly and individually; just because Buffet isn’t an active or acid doesn’t mean it can’t cause bad reactions if too much is used too often.

CB says I’m really enjoying this product. Been using for a month.

TTH says I give it 5*. I just love it. Love it! Love the way it feels, love the way it makes my skin look.
Bought the birthday pack so when my Bottle is empty going to compare it to the one with copper.
But I just love Buffet! ❤️🧡💛💚💙💜🖤

Some of the negative reviews for Buffet

JC says Had great faith in this product, but my sensitive skin disliked it 🙁.

MAG says… I would give 0/5 . On my second bottle in a year and have seen absolutely no results.

Harri says  1/5, did nothing for me. Subq is better but too pricy.

As you can see there’s a real mix of reviews. Why? Because these are honest reviews by many people with different skin types and concerns.

It’s clear to see 84% of Deciem Addicts love it. Whilst many people say Buffet has made their skin break out or contributed to their increased facial hair, 75% haven’t had any issues. 67% say they will repurchase it and it’s been mentioned a few times that the only reason they won’t repurchase it is because they prefer the Buffet + Copper Peptides.

Products Similar To The Ordinary Buffet

You could also have a look at Hylamide Sub Q Skin and The Ordinary Buffet + Copper Peptides.

WHAT ARE YOU LOOKING FOR? How The Group Works

Deciem Chat Room Facebook Group is totally independent, not sponsored by Deciem or any other beauty company.  It´s a platform for over 80k Deciem Addicts from all over the world to talk freely about the products, the good and the bad. Running the group takes up an incredible amount of time so to support it, affiliate links are used and within this website. You don’t pay a penny more, nor are you obliged to use them, but if you do your support is greatly appreciated.  The reviews are your reviews.

Read what the Moderators and the Deciem Addicts truly think about The Ordinary Buffet.  Do they love it or hate it? 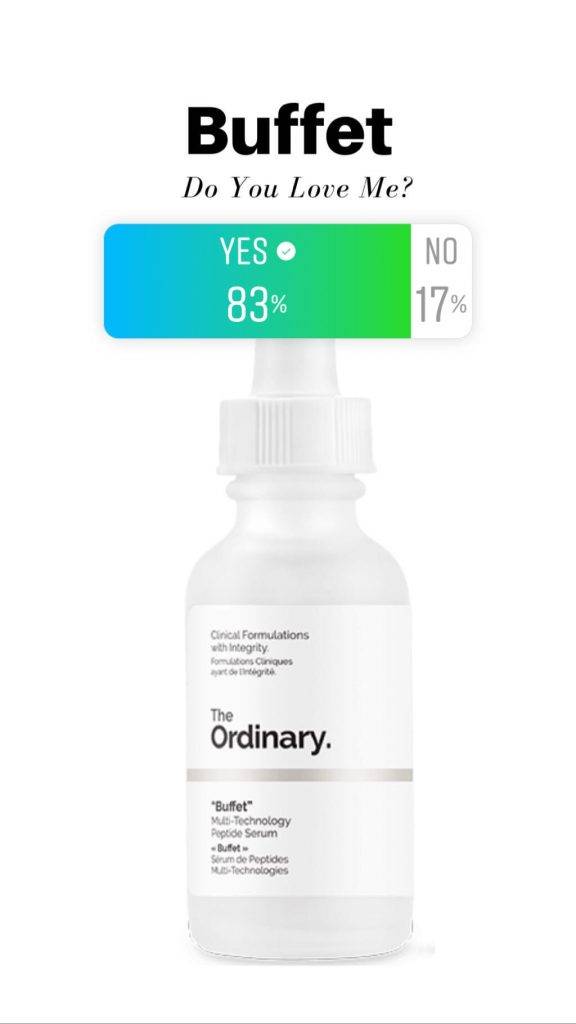 Read what the Moderators and the Deciem Addicts truly think about The Ordinary Buffet + Copper Peptides. 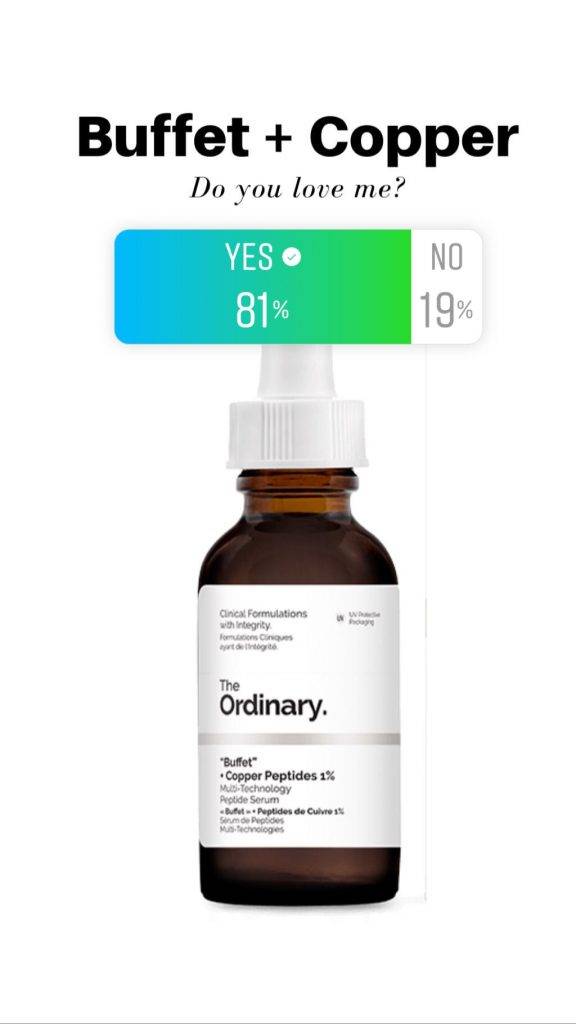 Read what the moderators and the Deciem Addicts truly think about The Ordinary Argireline.  Do they love it? 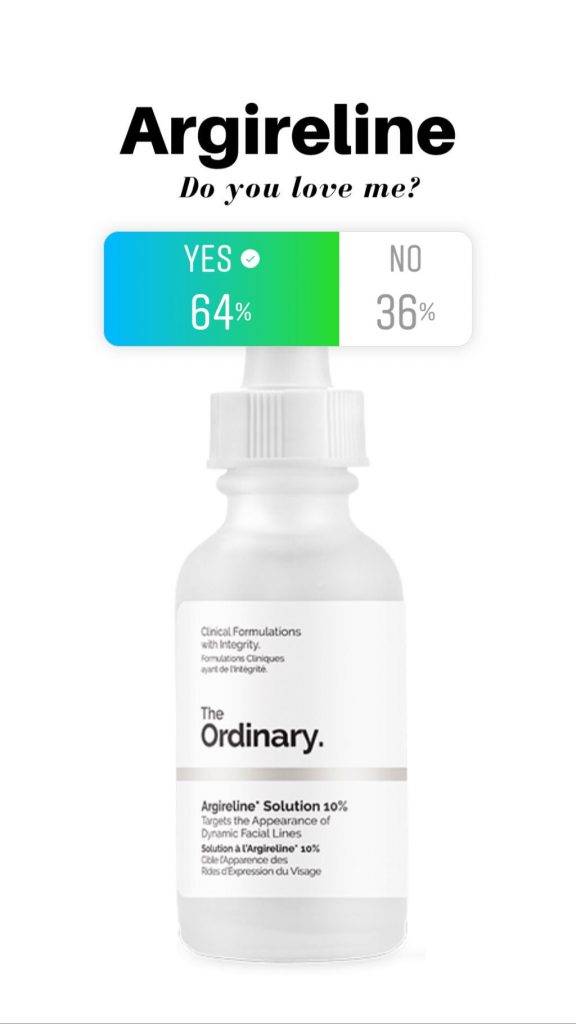 Read what the moderators and the Deciem Addicts truly think about The Ordinary Matrixyl.  Do they love it? 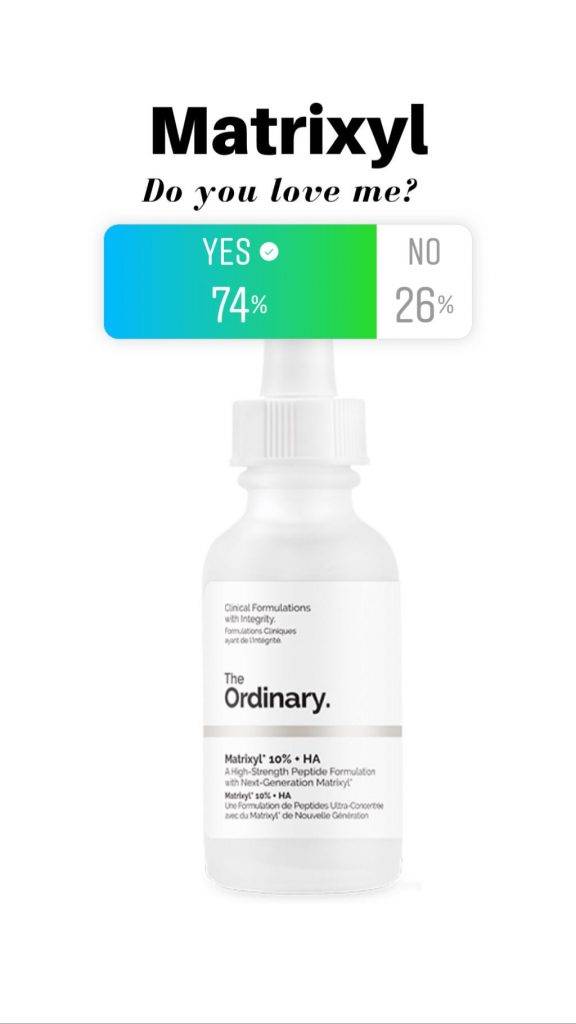 Read what the moderators and the Deciem Addicts truly think about The Ordinary Azelaic Acid. Do they love it? 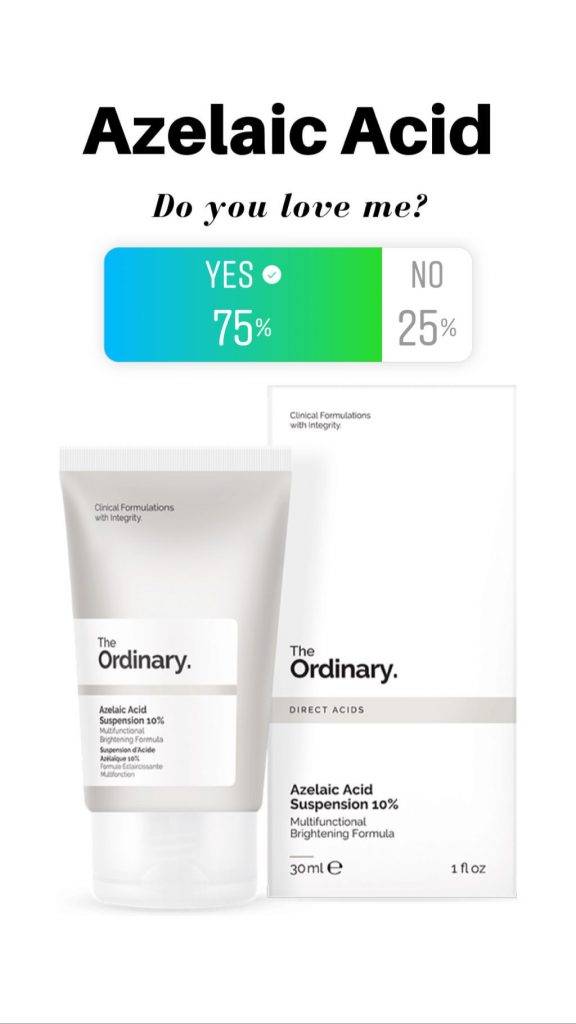